Action will be taken against any person who intentionally sets fire in the reserved forest of Lawachara National Park in Moulvibazar. If there is any other reason, the fire will be remedied, said Md. Shahab Uddin, the Minister of Environment, Forests, and Climate Change.

Minister also mentioned that there are plans to re-excavate the Surma and Kushiyara rivers.

He said this in response to a question from the youth of Sylhet in a virtual dialogue on the occasion of Earth Day 2021 on Wednesday (April 28).

In a virtual dialogue titled ‘Road to Glasgow: Recovering Our Earth and Climate Protection’ organized by Youthnet for Climate Justice and the Environment and Haor Development Agency, the minister said the cause of the fire was being investigated. It is feared that any forest may catch fire as there has been no rain for a long time. However, action will be taken against any person who intentionally starts a fire in Lauyachhara forest and if there is a fire due to any other reason, it will also be remedied. 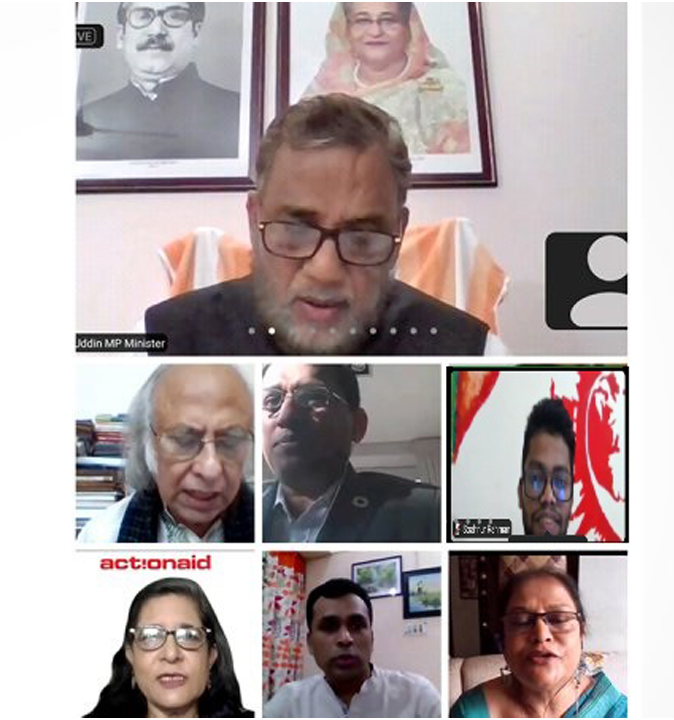 Meanwhile, the investigation committee formed into the fire at Lawachara National Park in Kamalganj Upazila of Moulvibazar has submitted their report to the office of the Divisional Forest Officer. Mirza Mehdi Sarwar, chief wildlife and biodiversity conservation officer of the investigation committee, confirmed that they had submitted the report on Wednesday afternoon.

In their report, the inquiry committee blamed negligence on the part of three employees and officials of Lauyachhara National Park for the fire.

According to the report, the time of the fire was between 12:00 pm and 1:00 pm and the fire was extinguished between 2:20 pm and 2:30 pm. One and a half acres of land was burnt but no big tree was burnt. The place where the afforestation will be done burns through afforestation and when it rains elsewhere, new trees will grow naturally.